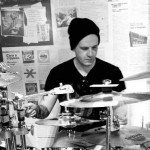 Gavan Murray has been playing drums for over 20 years. At 19 his band were signed to a major label in Ireland and they recorded their debut album in Los Angeles. The album had success in Europe and Asia, leading to a number of tours across both continents including high profile support slots for bands like Bon Jovi and Nickelback.

Due to his high level of experience, Gavan has since been hired as a session musician for many of Irelands main festivals including Oxygen, Electric Picnic, Longitute and Body and Soul. Gavan has been a teacher for 10 years and has been teaching at Mezzo Music Academy for the past 4 years. He has recently completed a Bachelor of Arts degree in Jazz Performance from Newpark Music Centre.