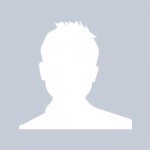 Seán began studying the cello at the Royal Irish Academy of Music, first under Bill Butt and later Aisling Drury Byrne. He progressed through the RIAM system as a scholar and high-achiever. Seán graduated from the RIAM in 2015 with a teaching diploma for violoncello (Dip. ARIAM), teaching cello privately since then until joining Mezzo Music Academy this year. Focusing on the production of a full-bodied tone, Seán emphasises musical expression and fulfilment in his teaching.

He is seasoned orchestral cellist receiving three consecutive scholarships to the UCD Symphony Orchestra. He was the principal cellist with the orchestra for two years performing at the 2017 European Student Orchestra Festival in Leuven, Belgium, and subsequently chosen to perform as part of the European Student Orchestra. Seán previously played for 5 years with the RIAM Symphonia, joining at the age of 15, and Dutch Groninger Studentorkest Mira in 2017. A musical scholar to The High School Dublin, he also played and lead the Symphonic Orchestra’s cello section from 2010 until 2014.

Currently, Seán is in his fourth and final year studying Psychology in UCD. He continues to play with the UCD Symphony Orchestra and will be performing in the National Concert Hall and at ESOF in Strasbourg later this year.